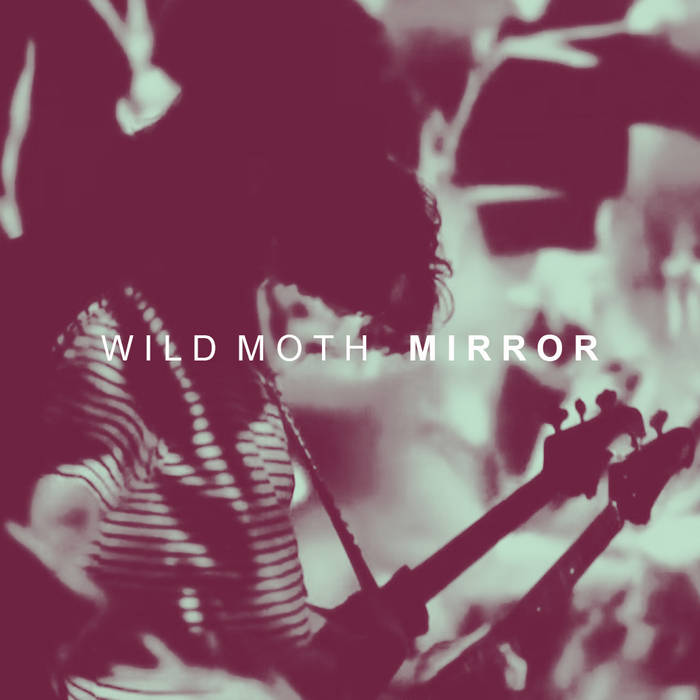 "Mirror" is the newest single from San Francisco, CA's Wild Moth and their first with Brooklyn label Iron Pier, with whom they will release their sophomore full-length, “Inhibitor,” later this Summer. "Mirror" is available digitally and as a limited flexi 7" at Iron Pier's mailorder site: www.ironpier.net. This one-time pressing is exclusive to Iron Pier's mailorder site and to the band's shows. All direct orders include immediate digital downloads of the single and a second song only available via direct purchase. "Mirror" will be available as a one-song single on iTunes, Spotify, etc.

Wild Moth are a young, talented post-punk band. On "Mirror," layers of sludgey, darkly textured guitars sit and slide on top of each other, jerking with energy and pulling the listener along a strong melodic underpinning. Think modern shoegaze that mixes spikes of punk-infused energy, like “Isn't Anything”-era My Bloody Valentine meets Drive Like Jehu. “Mirror” and “Inhibitor” were recorded with Oakland producer Jack Shirley (Deafheaven, Whirr) at Atomic Garden Studios and at Secret Bathroom Studios with Max Senna (Miserable). SF Weekly called the band “one of the Bay Area's most promising young post-punk bands” and described their sound as departing “from punk's insistent rhythms and concise fury: It's more nuanced, structurally intricate, and melodic.” Wild Moth recently released a split with fellow Nor-Cal post-punks Creative Adult, which followed their well-received debut LP “Over, Again” on Asian Man Records.

Bandcamp Daily  your guide to the world of Bandcamp